Back to all posts

Gretsch guitar endorser Quentin Jones will be performing live with his Trio at the Street Sounds NYC and Gretsch guitar’s event celebrating the power and fidelity of that great Gretsch sound. This event will be held on Saturday, June 8th, 12:30 PM to 5 PM at the famous music store, Street Sounds NYC, 9206 3rd Ave., Brooklyn, NY, 11209

Quentin uses his “Panther” and “6120”Gretsch guitars on his solo projects and and when working with artiste like Al Kooper, Graham Nash, Peter Noone and Herman’s Hermits, Charlie Gracie, Robert Gordon, Linda Gail Lewis, the Reach Around Rodeo Clowns, Dr Harmonica & Rockett 88 and many others. He is a well-known music producer and songwriter and a 2016 inductee in the Rockabilly Hall of Fame in Nashville, TN.”

Also performing live will be Laura Hope and the Ark – tones, Mark Gamsjager and the Luster Kings, and Sean Mencher.

The event is open to the whole family there will be drawings for Gretsch merchandise! 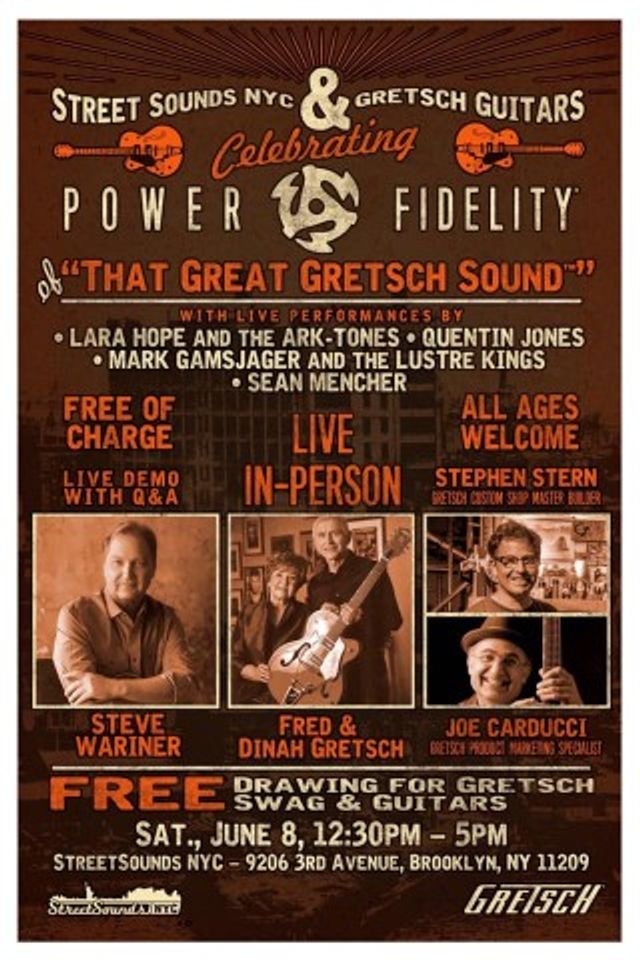